Registrations of tractors and other types of machinery recorded significant increases in the January-March period, which not only made up for the deficit of the first quarter of 2020, but also pushed sales to record levels. Public support was decisive, with tax incentives for 4.0 and the Sabatini Law. Sales of higher-powered tractors soared.

In the first quarter of the year, sales of agricultural machinery in Italy grew considerably. Registration figures, processed by FederUnacoma on the basis of registrations provided by the Ministry of Transport, indicate significant increases for all types of vehicles. Tractors grew by 57.7% compared to the first quarter of last year, with almost 6 thousand units registered, tractors with loading platforms increased by 21.5% with 147 units, trailers were up 37.4% with more than 2,100 units, telehandlers by 86.3% with 380 units registered and finally combine harvesters achieved an increase of 180% even though the number of machines was still rather small (56 units). This clearly positive figure is to some extent due to the recovery from the first quarter of 2020, which was conditioned by the outbreak of the pandemic and the slowdown in business, but above all by the tax incentives – the one for technologies with 4.0 devices and the one based on the Sabatini Law for the purchase of capital goods – which agricultural companies used extensively. 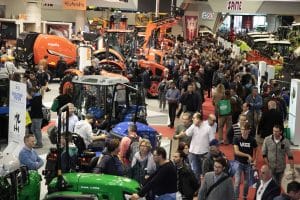 mentioned, to +57.7%, and for trailers (from -17.4% to +37.4%). Telescopic handlers, which were the only type to record any growth (+9%) in the first quarter of 2020, jumped to +86.3% in this year’s quarter. The surge in sales demonstrates what we have always claimed,” commented FederUnacoma President Alessandro Malavolti, “that there is a potentially high demand for new-generation technology in our country, a demand that has remained unexpressed in the absence of an effective incentive system. Unfortunately, according to the information available to us, the RDP tool is still little used,” added the president of the manufacturers. “We hope it can be simplified and made increasingly accessible to farms because it is a support that is structural and therefore a long-term, just as the incentives of the National Recovery and Resilience Plan should be, where an 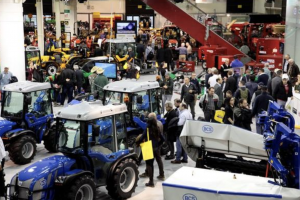 agricultural machinery is a fundamental tool for the ecological and digital transition”. “Examining registration data by power class,” concludes Malavolti, “we note a very significant growth in the quarter for tractors over 130 kW, with an increase of 81.5%, much higher than the increases recorded in the lower power segments. In all likelihood, this is due to purchases by contractors, who are focusing on higher power ratings and have been able to benefit from the current tax incentives the same way farms have”.